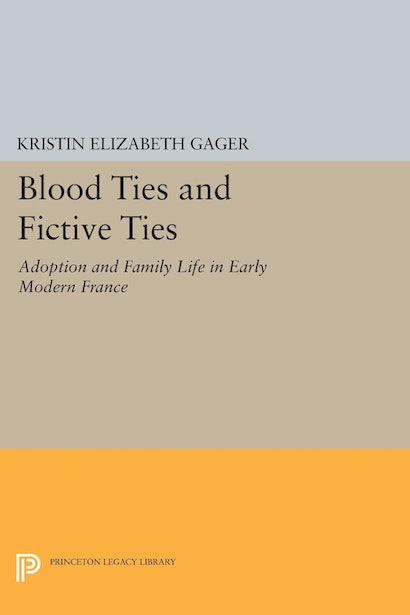 In Paris during the sixteenth and seventeenth centuries, the practice of adopting children was strongly discouraged by cultural, religious, and legal authorities on the grounds that it disrupted family blood lines. In fact, historians have assumed that adoption had generally not been practiced in France or in the rest of Europe since late antiquity. Challenging this view, Kristin Gager brings to light evidence showing how married couples and single men and women from the artisan neighborhoods in early modern Paris did manage to adopt children as their legal heirs. In so doing, she offers a new, richly detailed portrait of family life, civil law, and public assistance in Paris, and reveals how citizens forged a wide variety of family forms in defiance of social, cultural, and legal norms.

Gager bases her work on documents ranging from previously unexplored notarized contracts of adoption to court cases, theological treatises, and literary texts. She examines two main patterns of adoption: those privately arranged between households and those of destitute children from the Parisian foundling hospice and the Hôtel-Dieu. Gager argues that although customary law rejected adoption and promoted an exclusively biological model of the family, there existed an alternative domestic culture based on a variety of “fictive” ties. Gager connects her arguments to current debates about adoption and the nature of the family in Europe and the United States.

"Gager has written an interesting and informative book about family life in early modern France.... This excellent book shows how effectively legal archives can be mined to illustrate a dimension of social experience not readily apparent in isolated and uncontextualized legal codes. The book also explores some of the motives that defined the aspirations and realities of family life in premodern France. Gager has, in my opinion, written an invaluable book."—Sixteenth Century Journal