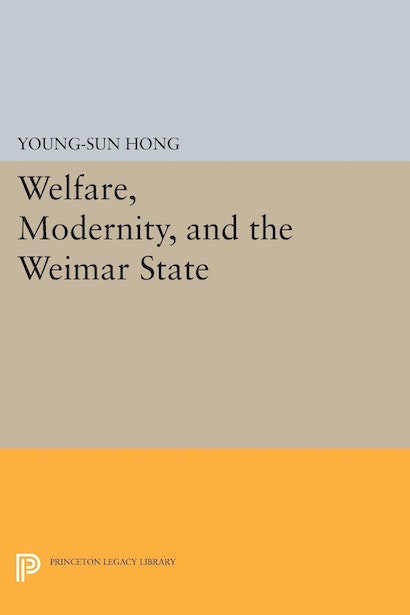 This is the first comprehensive study of the turbulent relationship among state, society, and church in the making of the modern German welfare system during the Weimar Republic. Young-Sun Hong examines the competing conceptions of poverty, citizenship, family, and authority held by the state bureaucracy, socialists, bourgeois feminists, and the major religious and humanitarian welfare organizations. She shows how these conceptions reflected and generated bitter conflict in German society. And she argues that this conflict undermined parliamentary government within the welfare sector in a way that paralleled the crisis of the entire Weimar political system and created a situation in which the Nazi critique of republican “welfare” could acquire broad political resonance.

The book begins by tracing the transformation of Germany’s traditional, disciplinary poor-relief programs into a modern, bureaucratized and professionalized social welfare system. It then shows how, in the second half of the republic, attempts by both public and voluntary welfare organizations to reduce social insecurity by rationalizing working-class family life and reproduction alienated welfare reformers and recipients alike from both the welfare system and the Republic itself. Hong concludes that, in the welfare sector, the most direct continuity between the republican welfare system and the social policies of Nazi Germany is to be found not in the pathologies of progressive social engineering, but rather in the rejection of the moral and political foundations of the republican welfare system by eugenic welfare reformers and their Nazi supporters.