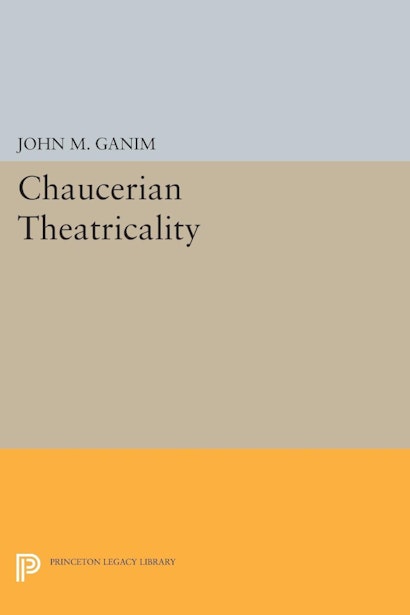 Whereas modern criticism has emphasized the unity and sense of permanence in The Canterbury Tales, John Ganim alerts us to a dialectically opposing dimension that Chaucer’s poetics shares with the popular culture of the late Middle Ages: his celebration of the ephemeral and his sense of performance. Ganim uses the concept of theatricality to illuminate Chaucer’s manipulations of the forms of popular culture and high literary discourse. He calls upon recent work in semiotics and social history to question Mikhail Bakhtin’s notion of the “carnivalesque” and the “dialogic,” at the same time suggesting Bakhtin’s usefulness in understanding Chaucer.

This book includes chapters on how Chaucer adopts the voice of such popular literary forms as chronicles and pious collections, on his equivalence between his own image making and dramatic performance, and on Chaucer’s and Boccaccio’s handling of the related issues of popular understanding and the creation of illusions. The book concludes by describing how Chaucer conflates “noise” and popular expression, simultaneously appropriating and distancing himself from his richest cultural context.