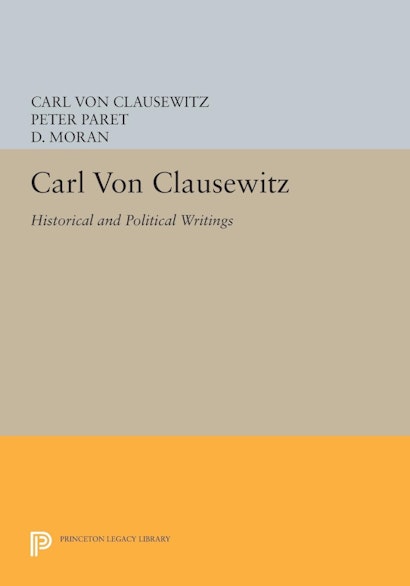 Carl von Clausewitz’s major theoretical work, On War, has retained its freshness and relevance since it first appeared 160 years ago. Clausewitz was also a wide-ranging, innovative historian — his acerbic history of Prussia before 1806 became an underground classic long before it could be published — and a combative political essayist, whose observations on the affairs of Germany and Europe combine social egalitarianism with a nearly Bismarckian Realpolitik. In this companion volume to On War, the editors bring together Clausewitz’s political writings and a selection of his historical works — material that is fascinating in its own right, important as a commentary on his theories of war, and a valuable source for understanding European ideas and attitudes during and after the Napoleonic era. None of these works has previously appeared in English, with one exception, which was published in a corrupt, censored text that has now been restored to its original form. The editors have contributed introductions for the historical and for the political parts of the volume, as well as brief introductions to the individual selections. Their analyses and the texts themselves reveal Clausewitz to be an exceptionally independent observer both of the past and of his own times, whose outlook is distinguished by an unideological pragmatism and a keen sense of the possibilities and shortcomings of state power.

"This is a splendid collection of Clausewitz's historical and political writings, superbly translated and brilliantly edited.... No serious student of history, politics, and war should miss this admirable book."—Infantry