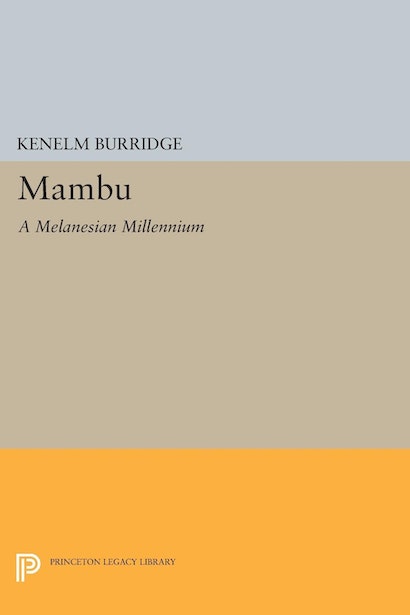 Perhaps the most famous modern-day millenarian movements are the “cargo cults” of Melanesia, active especially during the 1930s and 1950s. Melanesians had long believed that the sign of the millennium would be the arrival of their ancestors in ships bearing lavish material goods, and they interpreted the advent of European vessels as the fulfillment of these expectations. As it became apparent that the Europeans meant to keep the goods and to colonize the people, scores of small-scale revolts known as cargo cults emerged as attempts to secure the cargo and thereby preserve the people’s most cherished religious beliefs: native aspirations for individual and cultural redemption fastened on local charismatic leaders, of whom Mambu was the greatest.

"This is a book not just about cargo cults or even about millenarianism generally but about the ways humans strive to make sense of the most wrenching kinds of upheavals in their lives. What sets Mambu apart from the array of other works on these cults is Burridge's philosophical—one might almost say existentialist—perspective. No less fully than others does he describe in detail the political and especially the social conditions that undeniably spurred the emergence of the cults. But he is distinctive in focusing on the consequences of those political and social upheavals for the world view of the Melanesians."—Robert Segal, Lancaster University