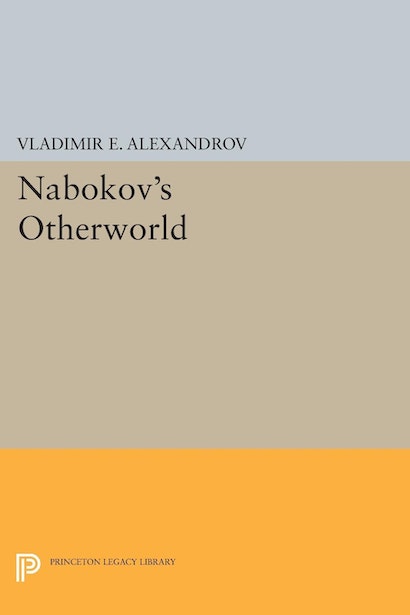 A major reexamination of the novelist Vladimir Nabokov as “literary gamesman,” this book systematically shows that behind his ironic manipulation of narrative and his puzzle-like treatment of detail there lies an aesthetic rooted in his intuition of a transcendent realm and in his consequent redefinition of “nature” and “artifice” as synonyms. Beginning with Nabokov’s discursive writings, Vladimir Alexandrov finds his world view centered on the experience of epiphany — characterized by a sudden fusion of varied sensory data and memories, a feeling of timelessness, and an intuition of immortality — which grants the true artist intimations of an “otherworld.” Readings of The Defense, Invitation to a Beheading, The Gift, The Real Life of Sebastian Knight, Lolita, and Pale Fire reveal the epiphanic experience to be a touchstone for the characters’ metaphysical insightfulness, moral makeup, and aesthetic sensibility, and to be a structural model for how the narratives themselves are fashioned and for the nature of the reader’s involvement with the text. In his conclusion, Alexandrov outlines several of Nabokov’s possible intellectual and artistic debts to the brilliant and variegated culture that flourished in Russia on the eve of the Revolution. Nabokov emerges as less alienated from Russian culture than most of his emigre readers believed, and as less “modernist” than many of his Western readers still imagine. “Alexandrov’s work is distinctive in that it applies an `otherworld’ hypothesis as a consistent context to Nabokov’s novels. The approach is obviously a fruitful one. Alexandrov is innovative in rooting Nabokov’s ethics and aesthetics in the otherwordly and contributes greatly to Nabokov studies by examining certain key terms such as `commonsense,’ `nature,’ and `artifice.’ In general Alexandrov’s study leads to a much clearer understanding of Nabokov’s metaphysics.” — D. Barton Johnson, University of California, Santa Barbara