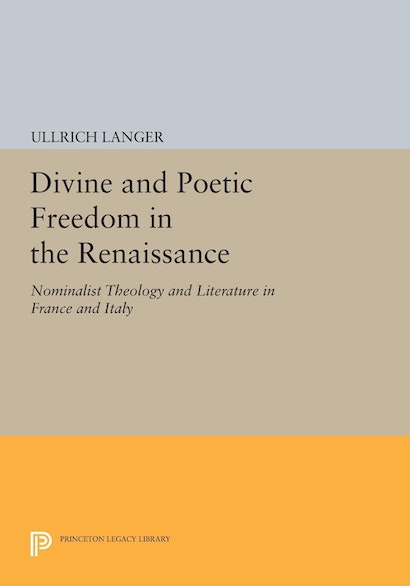 The closely related problems of creativity and freedom have long been seen as emblematic of the Renaissance. Ullrich Langer, however, argues that French and Italian Renaissance literature can be profitably reconceived in terms of the way these problems are treated in late medieval scholasticism in general and nominalist theology in particular. Looking at a subject that is relatively unexplored by literary critics, Langer introduces the reader to some basic features of nominalist theology and uses these to focus on what we find to be “modern” in French and Italian literature of the fifteenth and sixteenth centuries.

Langer demonstrates that this literature, often in its most interesting moments, represents freedom from constraint in the figures of the poet and the reader and in the fictional world itself. In Langer’s view, nominalist theology provides a set of concepts that helps us understand the intellectual context of that freedom: God, the secular sovereign, and the poet are similarly absolved of external necessity in their relationships to their worlds.