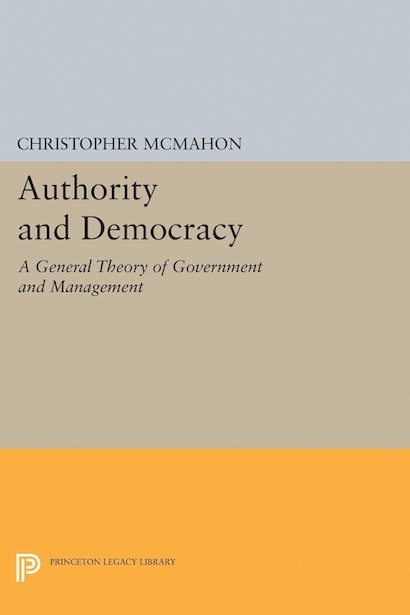 "[This] book sets out on a journey to determine the appropriate exercise of democratic authority in government in the private sector. While the journey is challenging, the book reaches the destination."—Jack H. Knott, Political Science Quarterly

"Authority and Democracy is a tightly argued book. McMahon seeks to differentiate among three types of authority in private and public organizations: authority based on expertise, authority derived from promises, and authority developed as a result of engaging in a cooperative enterprise. . . . this book draws important linkages among the writings on democracy, management theory, and employee self-ownership."—Choice

"An exemplary contribution to both the fields of business ethics and political philosophy. It is highly original, while at the same time masterfully synthesizing the best work in a number of disciplines."—Allen Buchanan, University of Arizona