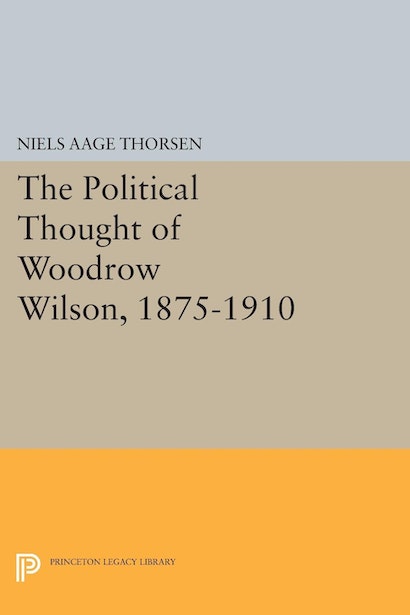 Niels Thorsen argues that Woodrow Wilson was one of America’s most important political scientists. Focusing on the period from Wilson’s early years until he was elected Governor of New Jersey, this work shows why he deserves a prominent place in the history of American political thought, even apart from his later attainments in the political arena. His book Congressional Government, his seminal article on “The Study of Public Administration,” and his textbook on The State were important contributions during the formative years of academic political science in America. In contrast to those who propose psychological explanations of Wilson’s early interest in political problems, Thorsen contends that the crisis of the election of 1876 against the backdrop of the Civil War was decisive in turning Wilson’s attention to political ideas.

Implying the abandonment of a more traditional form of political thought based on the social contract and on constitutionalism, egalitarianism, and common sense, Wilson linked his conclusions about the nature of politics to the rise of the social and economic sciences. Distinctive in his academic work were ideas about social and economic diversification as the condition for the growth of national power, and about political leadership asserted at home and abroad as a way to overcome traditional American fears about centralized power.