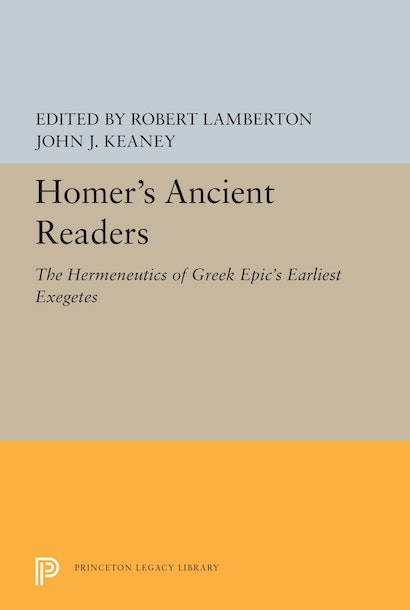 Although the influence of Homer on Western literature has long commanded critical attention, little has been written on how various generations of readers have found menaing in his texts. These seven essays explore the ways in which the Illiad and the Odyssey have been read from the time of Homer through the Renaissance. By asking what questions early readers expected the texts to answer and looking at how these expectations changed over time, the authors clarify the position of the Illiad and the Odyssey in the intellectual world of antiqueity while offering historical insight into the nature of reading.
The collection surveys the entire field of preserved ancient interpretations of Homer, beginning with the fictional audiences portrayed within the poems themselves, proceedings to readings by Aristotle, the Stoics, and Aristarchus and Crates, and culminating in the spritiualized allegorical reading current among Platonists of the fifth and sixth centuries C.E. The influence of these ancient interpretations is then examined in Byzantium and in the Latin West during the Renaissance. Contributors to this volume are Robert Browning, Anthony Grafton, Robert Lamberton, A.A. Long, James Porter, Nicholas Richardson, and Charles Segal.
Robert Lamberton is Assistant Professor of Classics and John J. Keaney is Professor of Classics, both at Princeton University.