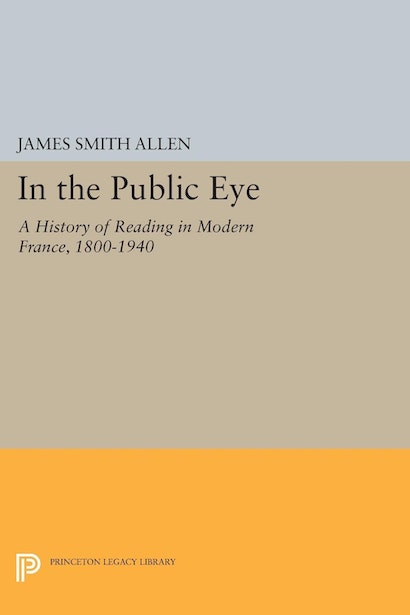 Robert Darnton, Roger Chartier, and others have written much on the history of reading in the Old Regime, but this is the first broad study of reading to focus on the period after 1800. How and why did people understand texts as they did in modern France? In answering this question, James Allen moves easily from one interpretive framework to another and draws on a wide range of sources — novels, diaries, censor reports, critical reviews, artistic images, accounts of public and private readings, and the letters that readers sent to authors about their books. As he analyzes reading “in the public eye,” the author explores the formation of “interpretive communities” during the years when reading silently and alone gradually became more common than reading aloud in a group. In the Public Eye discusses printing, publishing, literacy, schooling, criticism, and censorship, to study the social, cultural, economic, and political forces that shaped French interpretive practice. Examining the art and act of reading by different audiences, it discloses the mentalities of literate people for whom few other historical records exist. The book will be essential reading for those interested in modern French history, post-structuralist literary theory and criticism, reader-response theory and criticism, and social and intellectual history in general.