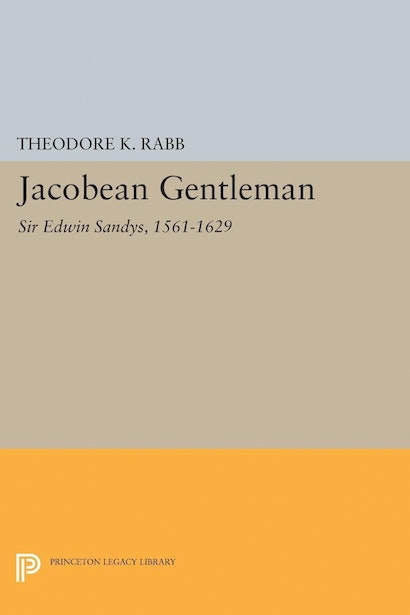 Theodore K. Rabb, one of the leading historians of early modern Europe, presents here the first full-scale biography of the influential English parliamentarian, colonizer, and religious thinker Sir Edwin Sandys (1561-1629). Rabb has studied Sandys’s life and work for more than thirty years and shows that he played a vital role in the Jacobean Age’s two most distinctive achievements: the early development of England’s constitutional structure and the overseas expansion that began the British empire. Sandys made his contributions, Rabb demonstrates, in the course of an extraordinarily diverse career. Sandys sat in the House of Commons from the 1580s to the mid-1620s, becoming its elder statesman and most influential voice on economic affairs, constitutional issues, and parliamentary procedure. He was a leader of the Virginia Company and the Bermuda Company, which established and settled these two early English colonies, and was also a director of the East India Company. And in an age beset by religious extremism, Sandys wrote a book on religious toleration that was widely read and discussed throughout Europe. reassessment of parliamentary politics on the eve of the English Civil War. Rabb shows that Sandys helped shape gentry positions, independent of Crown or Court, on major political issues, which in turn gave the House of Commons a new prominence in English affairs. This long-needed work will prompt a reexamination of vital aspects of the constitutional, colonial, and religious history of the Stuart period.

Theodore K. Rabb is Professor of History at Princeton University. He is the author of Renaissance Lives, The Struggle for Stability in Early Modern Europe, and Enterprise and Empire. He coedited (with Robert I. Rotberg) Climate and History and The New History (Princeton).