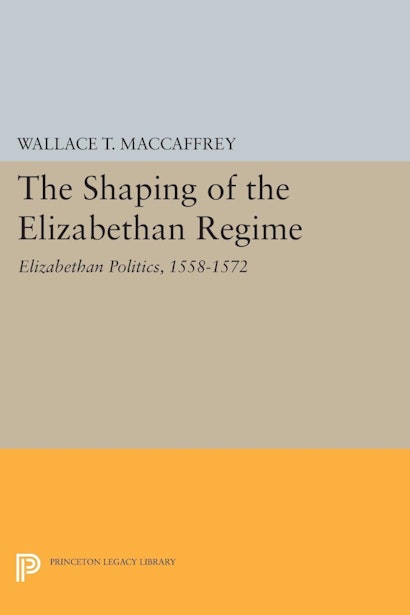 The fifteen years between the accession of Elizabeth I to the throne and the death of the Duke of Norfolk were a true time of testing for the new regime.

"MacCaffrey has written an extraordinarily interesting book.... The result is a canvas that is apt to remain the standard picture of early Elizabethan political history for some time to come."—Maurice Lee, Jr., American Historical Review

"Professor MacCaffrey has performed a major service.... We are even a little closer to an understanding of the Queen herself, as we are guided through the labyrinth of her dealings with her own servants and foreign ambassadors."—D. M. Loades, Renaissance Quarterly

"It is the analysis of how war policy was made which illustrates most effectively the skill of MacCaffrey's narrative and the depth of his understanding of Elizabeth.... A superb book, full of wisdom, learning, and insight."—Kenneth R. Bartlett, Canadian Journal of History