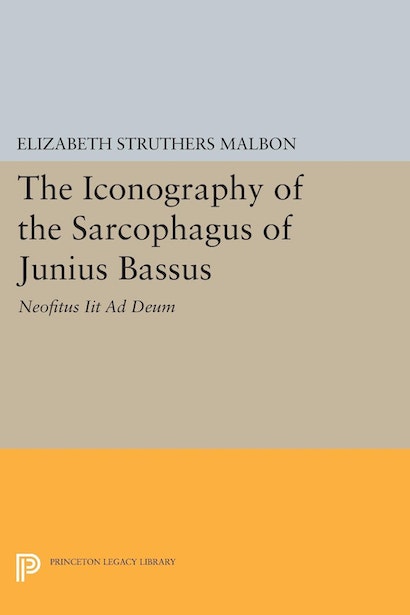 Carved for a Roman city prefect who was a newly baptized Christian at his death, the sarcophagus of Junius Bassus is not only a magnificent example of “the fine style” of mid-fourth-century sculpture but also a treasury of early Christian iconography clearly indicating the Christianization of Rome — and the Romanization of Christianity. Whereas most previous scholarship has focused on the style of the sarcophagus, Elizabeth Struthers Malbon explores the perplexing elements of its iconography in their fourth-century context. In so doing she reveals the distinction between “pagan” and Christian images to be less rigid than sometimes thought.

Against the background of earlier and contemporary art and religious literature, Malbon explicates the relationship of the facade’s two levels of scenes depicting stories from the Old and New Testaments, the connection between the scenes on the facade with those on the lid and ends of the sarcophagus, and the integration of pagan elements within a Christian work. What emerges is a carefully constructed iconographic program shedding light on the development of early Christian art within late antique culture.