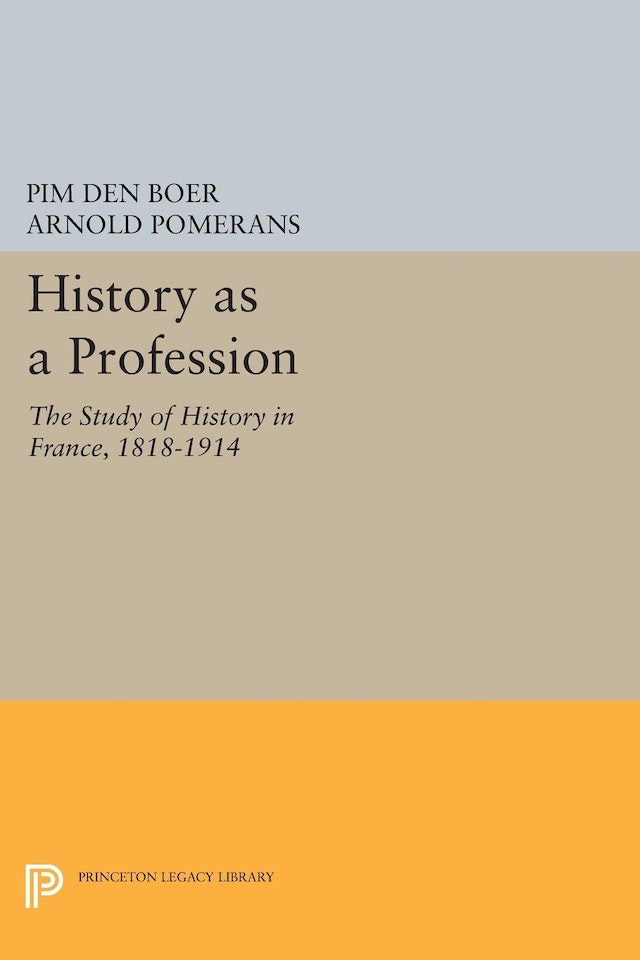 This is a vivid portrait of the French historical profession in the nineteenth and early twentieth centuries, concluding just before the emergence of the famous Annales school of historians. It places the profession in its social, academic, and political context and shows that historians of the period have been unfairly maligned as amateurish and primitive in comparison to their more celebrated successors.

Pim den Boer begins by sketching the contours of French historiography in the nineteenth century, examining the quantity of historical writing, its subject matter, and who wrote it. He traces the growing influence of professional historians. He shows the increasing involvement of the national government in historical studies, paying special attention to the impact of political factions, ranging from ultraroyalists to radical republicans. He explores how historical research and teaching changed at schools and universities. And he shows how nineteenth-century historians’ keen understanding of the past and of historical methodology laid the foundations for historiography in the twentieth century. archives, including official documents, confidential reports, and personal letters. Den Boer makes use of statistical, biographical, and methodological analysis and demonstrates comprehensive knowledge of both minor historians and leading scholars, including Charles Seignobos and Charles-Victor Langlois.