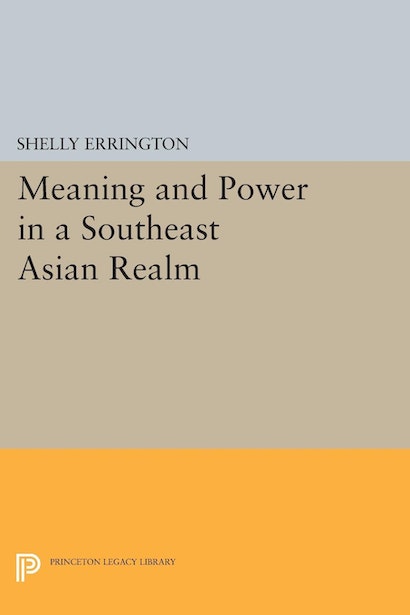 The ruler in the Indic States of Southeast Asia was seen not as the “head of state” but as the center or navel of the world. Like polities, persons and houses were and are viewed as centered spaces (locations) where spiritual potency can gather. Shelly Errington explores the politics of constituting and maintaining such centered socio-political spaces in a former Indic State called Luwu, which lies in South Sulawesi (Celebes), Indonesia. The meaning of political life and the ways its cultural forms were and are sustained depend on locally construed ideas of “power” or spiritual potency and “the person,” which the author explores in detail. She views the polity neither as a frame in which political actors pursue advantage nor as a structure for extracting wealth but as a hierarchical system of signs ultimately backed by force — but force which was not fully centralized and whose import must be understood within ideas about spiritual potency widespread in the region. Although focused on Luwu, the book’s theoretical scope is wide, and it ranges comparatively over a broad geographical area, making a contribution to ethnographic, historical, and regional studies as well as to the study of politics in nonsecular societies.

Part One traces how the person, the house, and the polity are constituted symbolically in everyday practices as centered spaces. Part Two examines how centers can be de-centered, while Part Three explores the structure that tended to hold centers together in Luwu and other Indic States. The introduction and the three conclusions (each of the three being broader than the last in comparative scope) locate the author’s views with respect to other current theoretical approaches to power and culture.