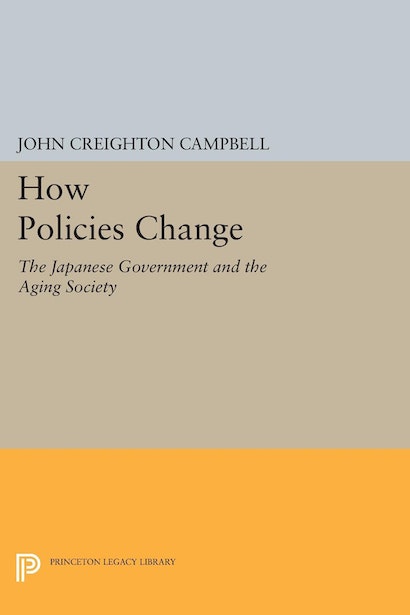 Japan is aging rapidly, and its government has been groping with the implications of this profound social change. In a pioneering study of postwar Japanese social policy, John Creighton Campbell traces the growth from small beginnings to an elaborate and expensive set of pension, health care, employment, and social service programs for older people. He argues that an understanding of policy change requires a careful disentangling of social problems and how they come to be perceived, the invention (or borrowing) of policy solutions, and conflicts and coalitions among bureaucrats, politicians, interest groups, and the general public. The key to policy change has often been the strategies adopted by policy entrepreneurs to generate or channel political energy. To make sense of all these complex processes, the author employs a new theory of four “modes” of decision-making — cognitive, political, artifactual, and inertial. Campbell refutes the claim that there is a unique “Japanese-style welfare state.” Despite the big differences in cultural values, social arrangements, economic priorities, and political control, government responsibility for the “aging-society problem” is broadly similar to that in advanced Western nations. However, Campbell’s account of how Japan has taken on that responsibility raises new issues for our understanding of both Japanese politics and theories of the welfare state.