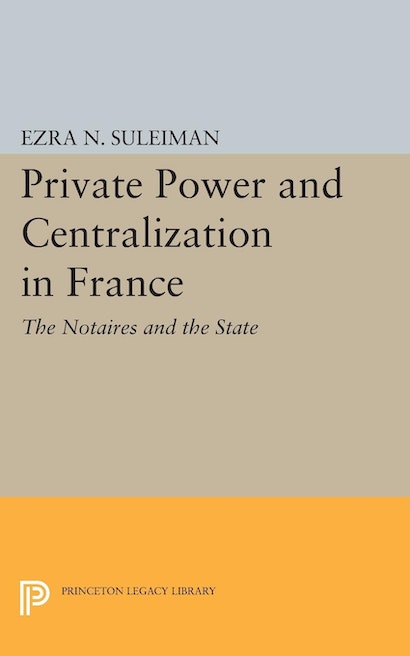 By examining the relationship between the notaires, members of a significant French legal profession with deep roots in French history, and the state, Ezra Suleiman demonstrates that clientelism exists and may be more dangerous in a centralized state than in a decentralized one.