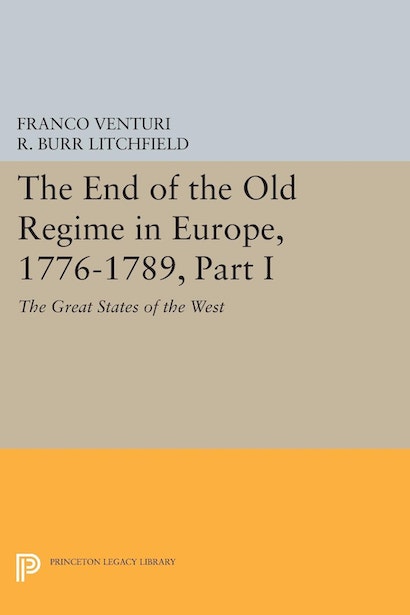 Franco Venturi, premier European interpreter of the Enlightenment, is still completing his acclaimed multivolume work Settecento Riformatore, a grand synthesis of Western history before the French Revolution as seen through the perceptive eyes of Italian observers. Princeton University Press has already published R. Burr Litchfield’s English translation of the third volume of Settecento Riformatore, The End of the Old Regime in Europe, 1768-1776: The First Crisis. Now the story continues with The End of the Old Regime in Europe, 1776-1789, translated from Volume IV of Venturi’s work. The earlier volume dealt with European and Italian public opinion through the important decade that ended with the American Declaration of Independence. Part I of this new double volume traces the development of politics and opinion in the final crisis of the Old Regime in the great states of Western Europe — Great Britain, Spain, France, and Portugal. The second part extends the narrative to Eastern Europe. It discusses the growing movement of republican patriotism and the attempt to reform the Hapsburg, Russian, and Ottoman Empires. As previously, this historical drama is viewed through Italian publishing and journalism that observed a cosmopolitan world from Turin, Venice, Milan, Florence, Rome, and Naples and that intelligently interpreted it.