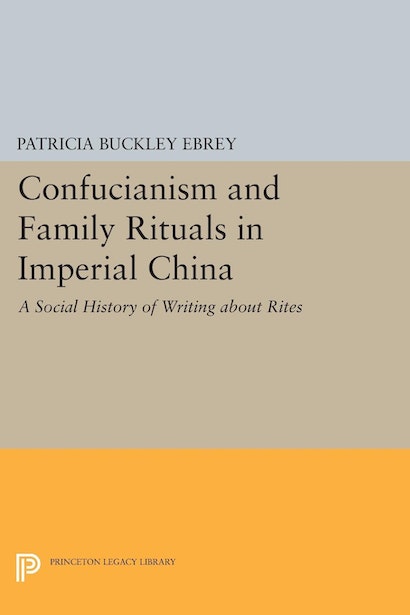 To explore the historical connections between Confucianism and Chinese society, this book examines the social and cultural processes through which Confucian texts on family rituals were written, circulated, interpreted, and used as guides to action. Weddings, funerals, and ancestral rites were central features of Chinese culture; they gave drama to transitions in people’s lives and conveyed conceptions of the hierarchy of society and the interdependency of the living and the dead. Patricia Ebrey’s social history of Confucian texts shows much about how Chinese culture was created in a social setting, through the participation of people at all social levels. Books, like Chu Hsi’s Family Rituals and its dozens of revisions, were important in forming ritual behavior in China because of the general respect for literature, the early spread of printing, and the absence of an ecclesiastic establishment authorized to rule on the acceptability of variations in ritual behavior. Ebrey shows how more and more of what people commonly did was approved in the liturgies and thus brought into the realm labeled Confucian.