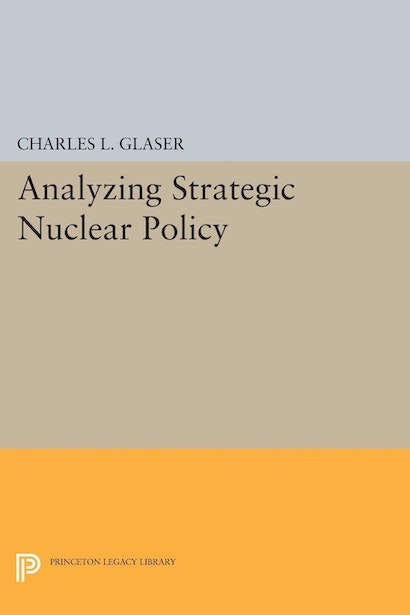 With sweeping changes in the Soviet Union and East Europe having shaken core assumptions of U.S. defense policy, it is time to reassess basic questions of American nuclear strategy and force requirements. In a comprehensive analysis of these issues, Charles Glaser argues that even before the recent easing of tension with the Soviet Union, the United States should have revised its nuclear strategy, rejecting deterrent threats that require the ability to destroy Soviet nuclear forces and forgoing entirely efforts to limit damage if all-out nuclear war occurs. Changes in the Soviet Union, suggests Glaser, may be best viewed as creating an opportunity to make revisions that are more than twenty years overdue. Glaser’s provocative work is organized in three parts. “The Questions behind the Questions” evaluates the basic factual and theoretical disputes that underlie disagreements about U.S. nuclear weapons policy. “Alternative Nuclear Worlds” compares “mutual assured destruction capabilities” (MAD) — a world in which both superpowers’ societies are highly vulnerable to nuclear retaliation — to the basic alternatives: mutual perfect defenses, U.S. superiority, and nuclear disarmament. Would any basic alternatives be preferable to MAD? Drawing on the earlier sections of the book, “Decisions in MAD” addresses key choices facing American decision makers.