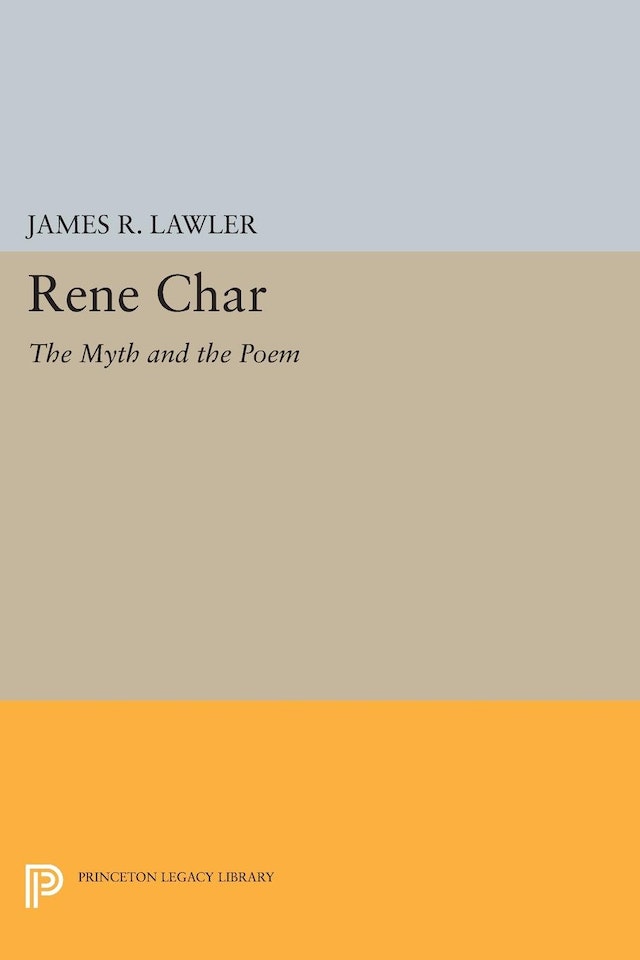 Although René Char’s distinctive voice has brought him to the forefront of contemporary French writers; his complex poetry has remained virtually inaccessible to the general reader. In this book an eminent authority on French literature describes Char’s evolution and, through close readings, offers a clear and rewarding introduction to the poet’s œuvre.

James Lawler first traces Char’s growth by delineating the myth that has guided his poetry for forty years. While the Surrealists exerted an early influence on the writer, his work diverged from theirs as he gave voice to a more personal attitude toward nature and art, to a refashioned poetics and thought. The author shows how Char’s development culminates in the visionary symbolism of La Paroi et la Prairie, in which wall and prairie epitomize the unresolved tension of his mature writings.

Throughout his readings, Professor Lawler supplements close textual analysis with consideration of thematic, mythological, and moral elements of the poetry, discussing each aspect as it illuminates the nature of Char’s sensibility. “The ten short poems [of La Paroi et la Prairie] are typical of their author,” he writes, “and paradigmatic of a work that is a summit of French poetry since Valéry and Apollinaire.”