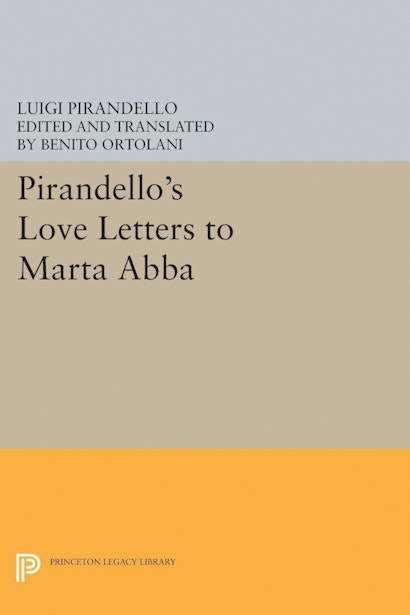 In February 1925, the 58-year-old world-famous playwright Luigi Pirandello met Marta Abba, an unknown, beautiful actress less than half his age, and fell in love with her. She was to become, until his death in December 1936, not only his confidante but also his inspiring muse and artistic collaborator, helping him in his plans to reform Italian theater under the Fascist regime. Pirandello’s love for the young actress was neither a literary infatuation nor a form of fatherly affection, but rather an unfulfilled, desperate passion that secretly consumed him during the last decade of his life. Bitterly disillusioned by the conditions of the theatrical world in Italy, Pirandello and Abba shared a dream of going abroad to earn their fortune and returning to Italy with the means to establish a national theater dedicated to high artistic standards. In March 1929, when Marta finally yielded to family pressure and left Pirandello alone in Berlin to revive her Italian stage career and to end rumors over their involvement, he endured a devastating heartbreak and fell into a life-threatening depression — more profound and long-lasting than any of his biographers have yet imagined. The hundreds of letters Pirandello wrote to Abba during these years are the only source that reveals the true story of his relentless torment. Selected, translated, and introduced here for the first time in any language, these powerful and moving documents reward the reader with the unique experience of living in intimacy with a profound poet of human pain. Here Pirandello encourages his beloved in her difficult career as actor/manager, rejoices in her triumphs, and desperately implores her to return to him. The letters are filled with glimpses of this major artistic personality at some of his most distinctive moments — such as the award of the Nobel Prize, his meetings with Mussolini, and Marta’s long-dreamed-of success on Broadway — but they remain foremost an authentic confession of a Pirandello, without the mask of his art, telling the story of his real-life tragedy. In 1986, two years before she died, Marta Abba authorized the publication of the present correspondence so that the world might understand how deeply Pirandello had suffered. This English-language volume contains a selection of 164 letters from the complete edition of 552, which Princeton University Press will publish in cooperation with Mondadori, in the original Italian, in 1995. 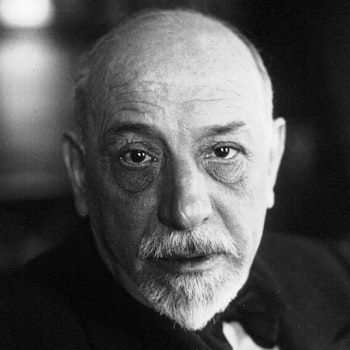 "What these letters show is and older man racked, humiliated, crawling with hopeless passion for a much younger woman."—The New York Review of Books