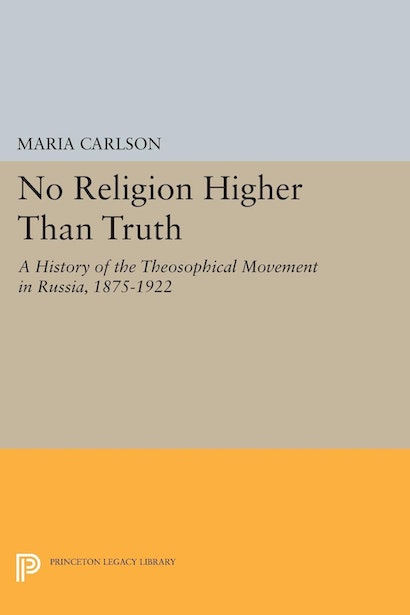 Among the various kinds of occultism popular during the Russian Silver Age (1890-1914), modern Theosophy was by far the most intellectually significant. This contemporary gnostic gospel was invented and disseminated by Helena Blavatsky, an expatriate Russian with an enthusiasm for Buddhist thought and a genius for self-promotion. What distinguished Theosophy from the other kinds of “mysticism”—the spiritualism, table turning, fortune-telling, and magic—that fascinated the Russian intelligentsia of the period? In answering this question, Maria Carlson offers the first scholarly study of a controversial but important movement in its Russian context.

Carlson’s is the only work on this topic written by an intellectual historian not ideologically committed to Theosophy. Placing Mme Blavatsky and her “secret doctrine” in a Russian setting, the book also discusses independent Russian Theosophical circles and the impact of the Theosophical-Anthroposophical schism in Russia. It surveys the vigorous polemics of the Theosophists and their critics, demonstrates Theosophy’s role in the philosophical dialogues of the Russian creative intelligentsia, and chronicles the demise of the movement after 1917. By exploring this long neglected aspect of the Silver Age, Carlson greatly enriches our knowledge of fin-de-sicle Russian culture.