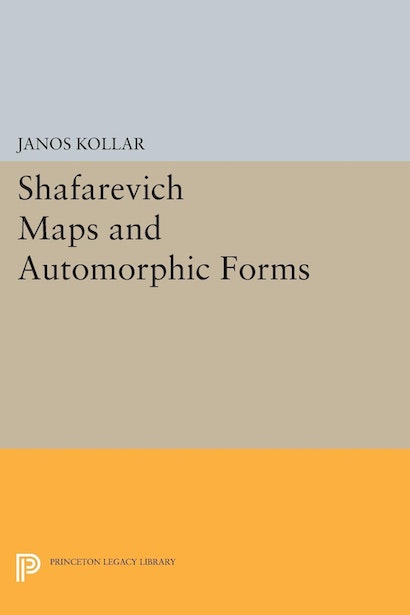 The aim of this book is to study various geometric properties and algebraic invariants of smooth projective varieties with infinite fundamental groups. This approach allows for much interplay between methods of algebraic geometry, complex analysis, the theory of harmonic maps, and topology. Making systematic use of Shafarevich maps, a concept previously introduced by the author, this work isolates those varieties where the fundamental group influences global properties of the canonical class.

The book is primarily geared toward researchers and graduate students in algebraic geometry who are interested in the structure and classification theory of algebraic varieties. There are, however, presentations of many other applications involving other topics as well — such as Abelian varieties, theta functions, and automorphic forms on bounded domains. The methods are drawn from diverse sources, including Atiyah’s L2 -index theorem, Gromov’s theory of Poincaré series, and recent generalizations of Kodaira’s vanishing theorem.

"I believe Kollár has written a powerful book, and not coincidentally, a fairly demanding one. However, the explanations are clear, and I think that more than half of it would be accessible to anyone who has mastered the basics of complex algebraic geometry.... There are a number of sections ... which could be read independently of the rest of the book and would be of interest to almost any algebraic geometer. But to read only those sections would be a shame, because one would be missing a great deal of wonderful mathematics."—Bulletin of the American Mathematical Society