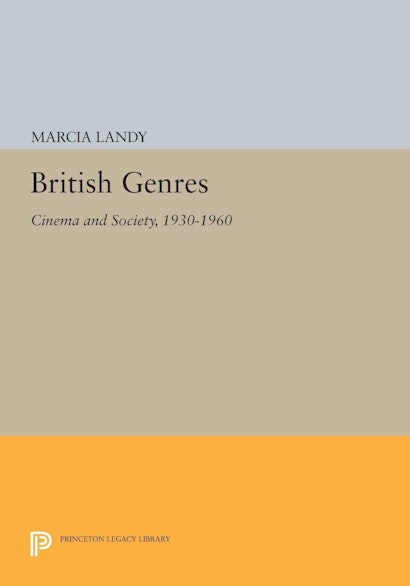 In this unprecedented survey of British cinema from the 1930s to the New Wave of the 1960s, Marcia Landy explores how cinematic representation and social history converge. Landy focuses on the genre film, a product of British mass culture often dismissed by critics as “unrealistic,” showing that in England such cinema subtly dramatized unresolved cultural conflicts and was, in fact, more popular than critics have claimed. Her discussion covers hundreds of works — including historical films, films of empire, war films, melodrama, comedy, science-fiction, horror, and social problem films — and reveals their relation to changing attitudes toward class, race, national identity, sexuality, and gender. Landy begins by describing the status and value of genre theory, then provides a history of British film production that illuminates the politics and personalities connected with the major studios. In vivid accounts of the films within each genre, she analyzes styles, codes, and conventions to show how the films negotiate history, fantasy, and lived experience. Throughout Landy creates a dynamic sense of genre and of how the genres shape, not merely reflect, cultural conflicts.