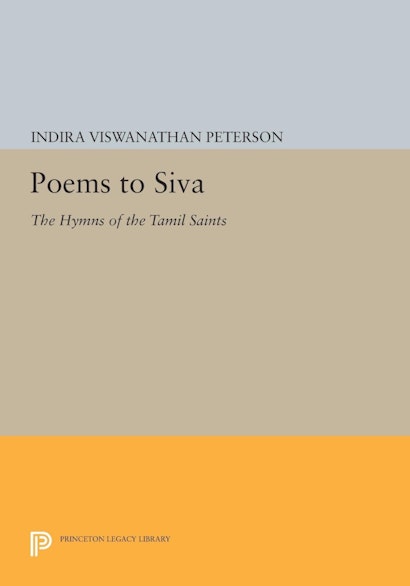 Composed by three poet-saints between the sixth and eighth centuries A.D., the Tevaram hymns are the primary scripture of the Tamil Saivism, one of the first popular large-scale devotional movements within Hinduism. Indira Peterson eloquently renders into English a substantial portion of these hymns, which provide vivid and moving portraits of the images, myths, rites, and adoration of Siva and which continue to be loved and sung by the millions of followers of the Tamil Saiva tradition. Her introduction and annotations illuminate the work’s literary, religious, and cultural contexts, making this anthology a rich sourcebook for the study of South Indian popular religion.

Indira Peterson highlights the Tevaram as a seminal text in Tamil cultural history, a synthesis of pan-Indian and Tamil civilization, as well as a distinctly Tamil expression of the love of song, sacred landscape, and ceremonial religion. Her discussion of this work draws on her pioneering research into the performance of the hymns and their relation to the art and ritual of the South Indian temple.