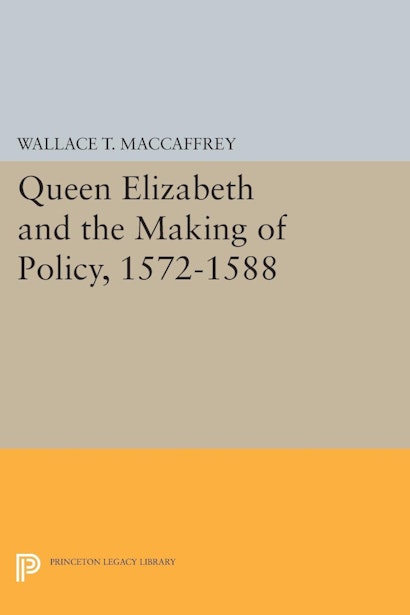 Acclaimed for their dramatic rendering of the personalities and forces that shaped Elizabethan politics, Wallace T. MacCaffrey’s three volumes thoroughly chronicle the Queen’s decision making throughout her reign in a way that combines pleasurable reading with subtle analysis. Together in paperback for the first time, these books will find a wide readership among those interested in debunking Elizabeth’s many mythic images and in following the steps of Elizabethan policy-makers as they grapple with the most crucial political problems of their day.

To determine how policy evolved from the interaction between Elizabeth and her councillors from 1572 to the Armada in 1588, MacCaffrey begins with domestic affairs, focusing on the central problem of religious dissent, both Protestant and Catholic. Turning to foreign affairs, he then examines England’s external relations with the Continental monarchies and Scotland. Lastly, he analyzes the two focuses of decision making, the Court and Parliament.

"MacCaffrey has written an extraordinarily interesting book. . . . The result is a canvas that is apt to remain the standard picture of early Elizabethan political history for some time to come."—Maurice Lee, Jr., American Historical Review