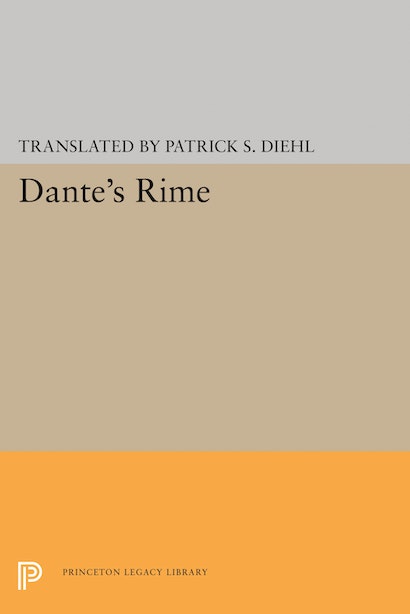 Spanning the years from the early 1280s until about 1308, this collection of poems contains Dante’s juvenilia as well as his more mature work prior to the Divine Comedy. Patrick Diehl’s translation offers in a single volume the bulk of Dante’s shorter poetry. The collection, omitting only those poems Dante incorporated into the Vila nuova, contains several masterpieces of medieval poetry and gives us a fascinating look at the poet’s development.