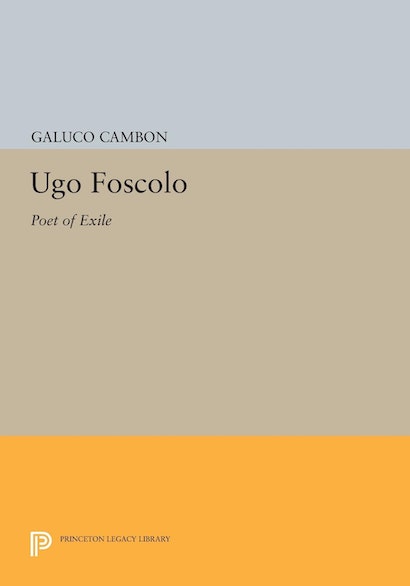 Contemporary with the Romantic generation, peer of Keats, Holderlin, and Goethe, and forerunner of Valéry and Pound, Ugo Foscolo is nevertheless little known outside Italy. In an endeavor to “discover” this exemplary European poet for English-speaking readers, and to “rediscover” him for Italian readers, Glauco Cambon examines both textually and contextually Foscolo’s major works and their inextricable connection with his life, his philosophy, and his aesthetic principles.