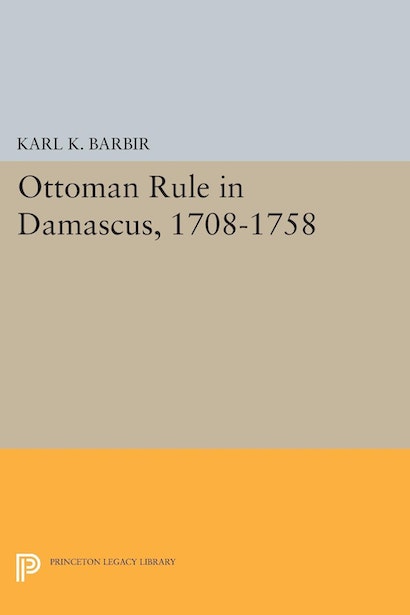 On the basis of new evidence from the Ottoman archives in Istanbul, Karl Barbir challenges the current interpretation of Ottoman rule in Damascus during the eighteenth century. He argues that the prevailing themes of decline and stagnation — usually applied to the entire century — in fact apply only to the latter half of the century. This discovery, he contends, affords a more balanced and realistic view of the Near East’s Ottoman past than previous studies have suggested.