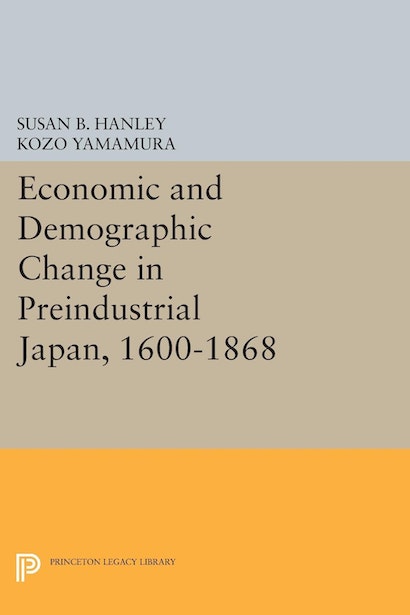 According to the Marxist interpretation still dominant in Japanese studies, the last century and a half of the Tokugawa period was a time of economic and demographic stagnation. Professors Hanley and Yamamura argue that a more satisfactory explanation can be provided within the framework of modem economic theory, and they advance and test three important new hypotheses in this book.

The authors suggest that the Japanese economy grew throughout the Tokugawa period, though slowly by modern standards and unevenly. This growth, they show, tended to exceed the rate of population increase even in the poorer regions, thus raising the living standard despite major famines. Population growth was controlled by a variety of methods, including abortion and infanticide, for the primary purpose of raising the standard of living.

Contrary to the prevailing view of scholars, thus, the conclusions advanced here indicate that the basis for Japan’s rapid industrialization in the Meiji period was in many ways already established during the latter part of the Tokugawa period. The authors’ analysis combines original fieldwork with study of data based on findings of the postwar years.