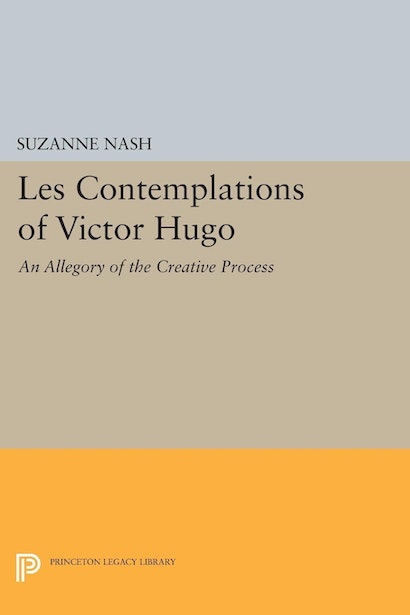 Victor Hugo’s work presents the reader with a paradox nowhere more apparent than in the collection of more than 150 lyric poems entitled Les Contemplations. Although he insisted upon structural unity, his complex artistic creations often seem disordered and digressive. Suzanne Nash examines this contradiction, and she proposes here a new approach to Les Contemplations that reveals how it may be read as a unified allegory of Hugo’s understanding of the creative process.

The author’s reading heightens the subtleties of individual poems by placing them within the context of the collection. She clarifies the poet’s use of rhetorical devices and. illuminating Les Contemplations as a metapoetic creation, shows how it can serve as a guide to Hugo’s other works.

The first two chapters present evidence of Hugo’s narrative intention, place his work within an allegorical tradition, and describe the structure of the allegory. One poem, Pasteurs et troupeaux, is analyzed as a paradigm for the whole, and a single theme, that of Léopoldine as sacrificial muse and figure for poetic language, is traced through the six books. The author demonstrates Hugo’s narrative purpose in his use of rhetorical forms and examines (according to predominance of themes, images, and technical devices) the six chapters as steps in the religio-poetic allegory.