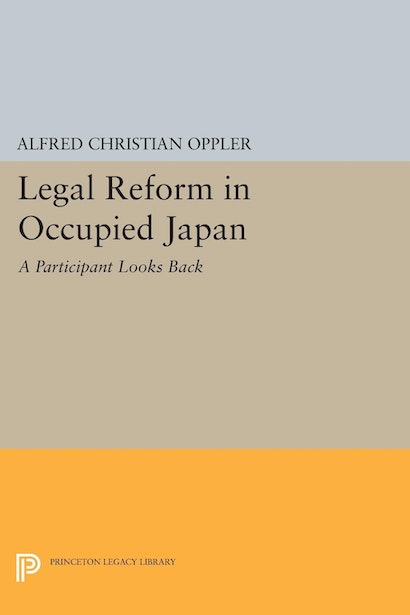 After a distinguished career as a jurist in Germany, Alfred Oppler came to the United States in 1939, and in 1946 was invited to Tokyo, where he was SCAP’s authority on reform of the Japanese legal order to implement the principles of the new Constitution. Here is his account of the legal reforms and the methods used to achieve them.

The author describes the wide scope of his activities, which included a vigorous promotion of civil liberties, surveillance of relevant legislation, and observation of the administration of justice throughout the country. He focuses on the Continental nature of the Japanese law and analyzes the American objectives as well as the personalities of the Occupation and of Japanese with whom he negotiated. Special chapters describe the Supreme Court mission to the United States (which the author escorted), the removal of General MacArthur, and the author’s post-Occupation work on Japanese, Korean, and Ryukyuan problems. Treating all aspects of the legal reforms, this book provides insights into Japan during and after the Occupation.