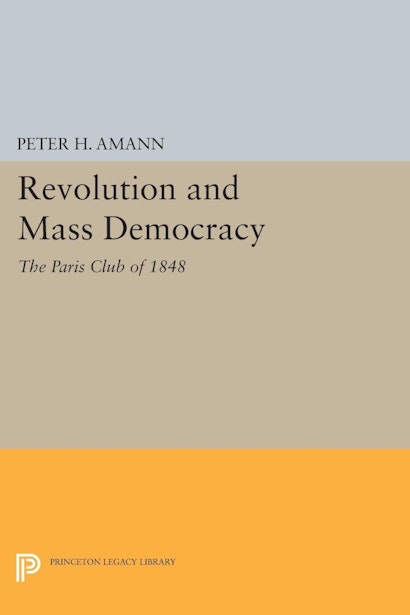 Contributing to a growing “history from below” movement, Peter H. Amann argues that the major episodes of the French Revolution of I 848 can be rightly understood only if the perspective of the revolutionaries themselves is taken into account. His history of the Paris club movement of 1848 examines the most significant of the mass organizations through which the tens and perhaps hundreds of thousands of revolutionaries expressed themselves.

The author pieces together scattered archival sources to reconstruct the origin, strategies, and main goals of the club movement, and the reasons for its ultimate failure to resist successfully the newly installed republican government’s drive to restore traditional authority. He suggests that the club movement may be viewed in a broader, comparative perspective as a characteristic revolutionary phenomenon of a society in transition to modernity.