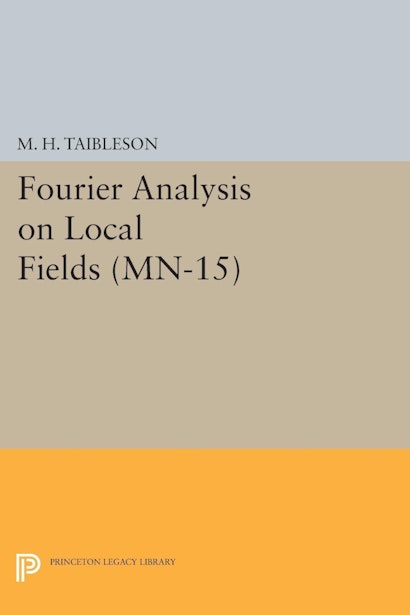 This book presents a development of the basic facts about harmonic analysis on local fields and the n-dimensional vector spaces over these fields. It focuses almost exclusively on the analogy between the local field and Euclidean cases, with respect to the form of statements, the manner of proof, and the variety of applications.

The force of the analogy between the local field and Euclidean cases rests in the relationship of the field structures that underlie the respective cases. A complete classification of locally compact, non-discrete fields gives us two examples of connected fields (real and complex numbers); the rest are local fields (p-adic numbers, p-series fields, and their algebraic extensions). The local fields are studied in an effort to extend knowledge of the reals and complexes as locally compact fields.

The author’s central aim has been to present the basic facts of Fourier analysis on local fields in an accessible form and in the same spirit as in Zygmund’s Trigonometric Series (Cambridge, 1968) and in Introduction to Fourier Analysis on Euclidean Spaces by Stein and Weiss (1971).