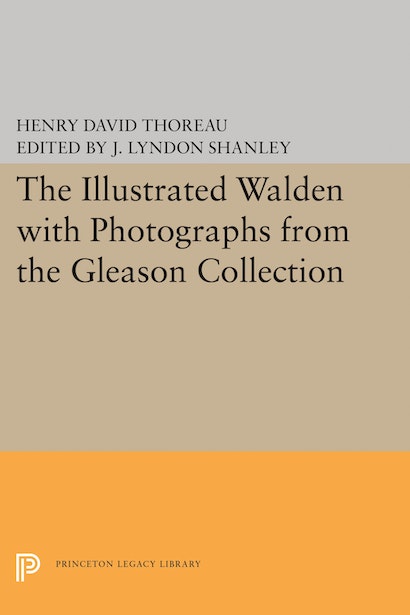 This illustrated edition of Walden features 66 photographs by Herbert W. Gleason, one of the great American landscape photographers of the nineteenth and early twentieth century. Gleason, who had a special love for what he called “the simple beauty of New England,” became interested in Thoreau’s work when commissioned in 1906 by the Houghton Mifflin Company to illustrate their edition of The Writings of Henry David Thoreau. With the help of the few surviving people who had known Thoreau, Gleason searched out the exact places Thoreau had described—all of them still looking much as they had when Thoreau knew them—and photographed them. Gleason became so interested in the project that he continued to photograph Thoreau country for more than forty years. Most of the photographs reproduced here were chosen by Gleason himself for an edition of Walden he planned but never published.