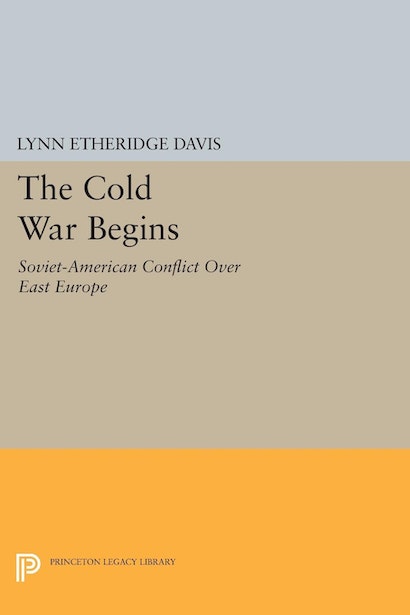 A critical issue in the origins of the Cold War—the development of Soviet—American conflict over Eastern Europe from 1941 to 1945—is the subject of Lynn Etheridge Davis’s book. Disagreeing with those writers who argue that conflict arose from the determination of the United States to obtain economic markets in Europe or from imprecise assessments of Soviet security interests, the author describes how the United States made an initial commitment to the Atlantic Charter principles in 1941, then continued to promote the creation of representative governments in Eastern Europe without clearly identifying American interests or foreseeing the consequences of these actions.

Using recently released documents of the Departments of State and War, Professor Davis explains how the views of U.S. officials on postwar peace precluded approval of Soviet efforts to establish a sphere of influence in Eastern Europe through the imposition of Communist regimes. She describes how American officials interpreted Soviet actions as intent to expand into Western Europe and how the subsequent undermining of Allied cooperation around the world led to the Cold War.