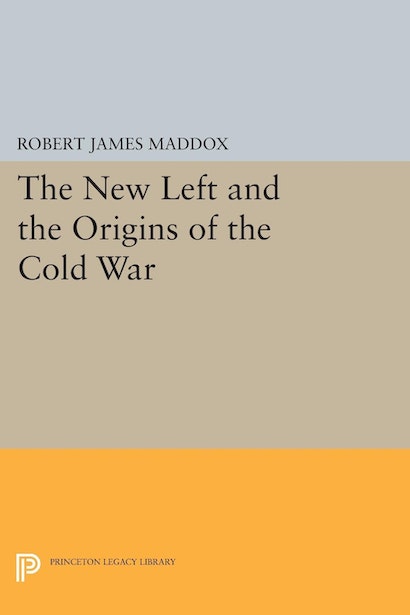 As more and more people are questioning the assumptions of present U.S. foreign policy they are reexamining the roots of these policies in the diplomacy of the Cold War. This scrutiny has made the origins of the Cold War the most controversial issue in American diplomatic history. Now a complete new dimension has been added to the debate by the charges leveled by Robert James Maddox in The New Left and the Origins of the Cold War.

How did the Cold War begin? Who or what was responsible? Could it have been avoided? Was it a temporary condition created by a combination of individual personalities and historical factors, or did it represent the clash of fundamentally irreconcilable political systems? The orthodox explanation of the Cold War is that it was “the brave and essential response of free men to Communist aggression.” A number of scholars more or less identified with the New Left have challenged the conventional explanation by asserting that the U.S. bears the major responsibility for its onset. One group of revisionists sees this as the result of a failure of statesmanship on the part of Truman and the advisors around him, the other that the Cold War was the inevitable result of the American system as it developed over the years.

Their conclusions have often been challenged in matters of interpretation. Robert Maddox, however, believes that an examination of the manner in which new interpretations are reached should precede dialogues over the ideas themselves. Consequently he has examined seven of the most prominent New Left works: The Tragedy of American Diplomacy by William Appleman Williams; The Cold War and Its Origins by D. F. Fleming; Atomic Diplomacy by Gar Alperovitz; The Free World Colossus by David Horowitz; The Politics of War by Gabriel Kolko; Yalta by Diane Shaver Clemens; and Architects of Illusion by Lloyd C. Gardner. After detailed comparisons of the evidence they present with the sources from which it was taken, he concludes that these books are based on pervasive misuse of the source materials and fail to measure up to the most elementary standards of good scholarship.