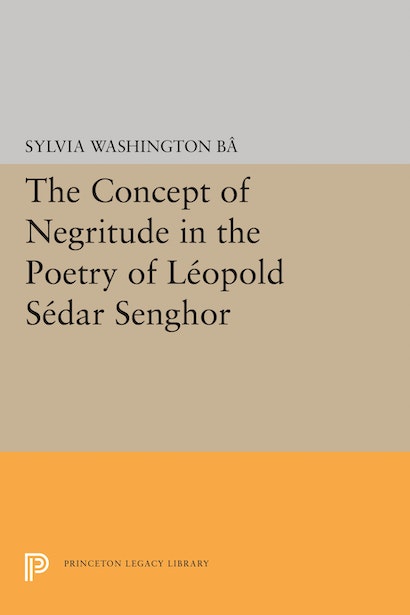 Negritude has been defined by Léopold Sédar Senghor as “the sum of the cultural values of the black world as they are expressed in the life, the institutions, and the works of black men.” Sylvia Washington Bâ analyzes Senghor’s poetry to show how the concept of negritude infuses it at every level. A biographical sketch describes his childhood in Senegal, his distinguished academic career in France, and his election as President of Senegal.

Themes of alienation and exile pervade Senghor’s poetry, but it was by the opposition of his sensitivity and values to those of Europe that he was able to formulate his credo. Its key theme, and the supreme value of black African civilization, is the concept of life forces, which are not attributes or accidents of being, but the very essence of being. Life is an essentially dynamic mode of being for the black African, and it has been Senghor’s achievement to communicate African intensity and vitality through his use of the nuances, subtleties, and sonorities of the French language.

In the final chapter Sylvia Washington Bâ discusses the future of Senghor’s belief that the black man’s culture should be recognized as valid not simply as a matter of human justice, but because the values of negritude could be instrumental in the reintegration of positive values into western civilization and the reorientation of contemporary man toward life and love.