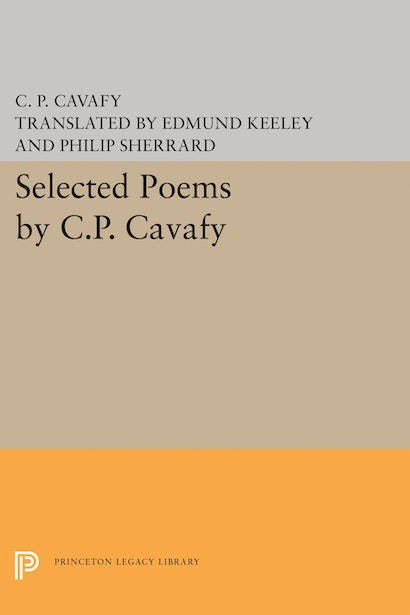 C.P. Cavafy (1863-1933) is now considered by many to be the most original and influential Greek poet of this century. The qualities of his poetry that were unfashionable during his lifetime are the very ones that make his work endure: his sparing use of metaphor; his evocation of spoken rhythms and colloquialisms; his use of epigrammatic and dramatic modes; his aesthetic perfectionism; his frank treatment of homosexual themes; his brilliantly alive sense of history; and his commitment to Hellenism, coupled with an astute cynicism about politics.

The translations in Selected Poems are completely new. Realizing that Cavafy’s language is closer to the spoken idiom than that of other leading Greek poets of his time, and that earlier translations have failed to capture the immediate, colloquial qualities of Cavafy’s voice, Edmund Keeley and Philip Sherrard have rendered his most significant and characteristic poems in a style and rhythm as natural and apt in English as the poet’s is in Greek.