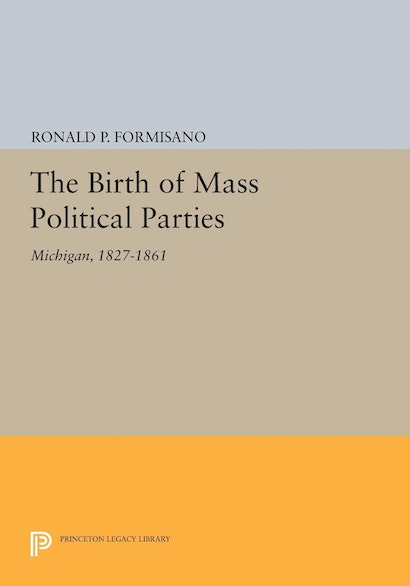 The first mass political parties appeared in the United States in the 1830’s, as the majority of adult white males identified ardently with the Democratic and Whig parties. Ronald Formisano opens a window on American political culture in this case study of antebellum voting and party formation in Michigan. Examining the social bases of voter commitment and the dynamics of grass roots loyalties from Jackson to Lincoln, he proposes that the forming of parties had little to do with issues of political economy, but rather with value conflicts generated by the evangelicals’ promotion of a moral society.

Borrowing from other disciplines, and elaborating some of the analytical techniques used by Lee Benson in The Concept of Jacksonian Democracy, Professor Formisano studies demographic and voting data to determine patterns of partisan loyalty. His study throws light on the roots of the modern Republican Party, links between religion and politics, and the role of ethnic and cultural loyalties in political life.