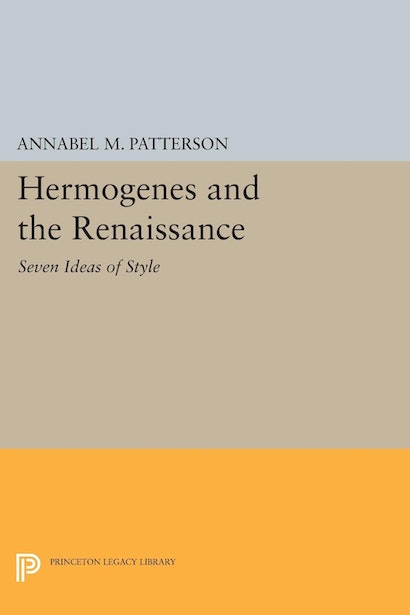 Annabel M. Patterson offers here a reassessment of the place of Hermogenes, a Greek rhetorician of the second century A.D., in literary history. She shows that the literary men of the European Renaissance-scholars, critics, and poets-found Hermogenes’ Concerning Ideas both important and extremely useful, and she finds that they vigorously applied his concepts to create “a lovely conformitie.”

The author first gives the history of this treatise on style and a detailed critical analysis of the Seven Ideas or categories of style. The book then demonstrates genre by genre how knowledge of the Seven Ideas can improve one’s understanding of poetic development, especially in England, and reveals how the Ideas operate in the works of Tasso, Donne, Sidney, Shakespeare, Marvell, Jonson, Spenser, Milton , and many other poets and critics.