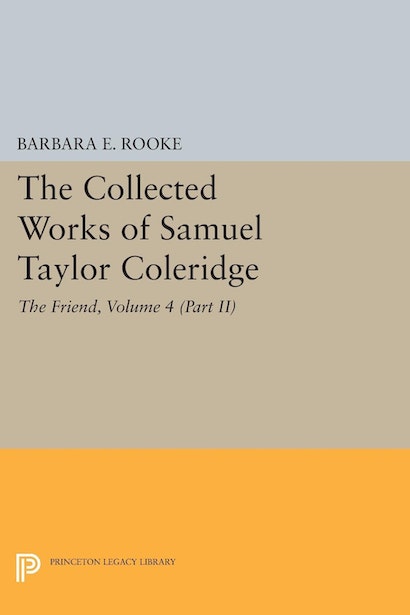 Published originally in 1809-1810, The Friend was revised in 1812, by public demand. In 1818, a three-volume rifacimento appeared in which Coleridge attempted to dispel obscurity, tie up loose threads of reasoning, and provide more mature apercus. Now, in the Collected Works, The Friend has been re-edited to return to Coleridge’s 1818 text. His emendations, cuts, and marginal comments noted in six copies of the work, as well as manuscript additions and deletions, have been included as footnotes. The editor’s footnotes also elucidate sources and themes and provide translations of the many Latin and Greek passages. The entire periodical Friend is given as an appendix, with the 1812 revisions.