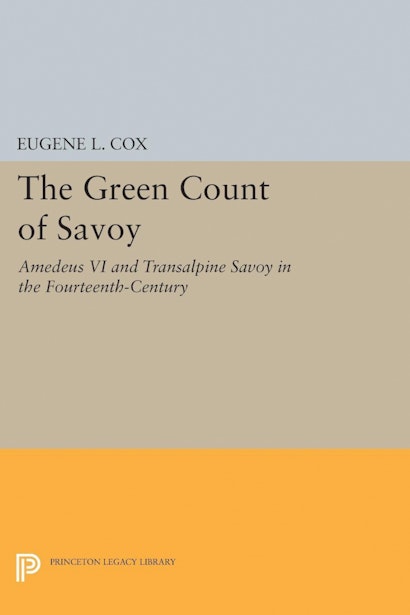 The fourteenth century is usually portrayed as a period of retrogression and disaster in European history, but for the transalpine state of Savoy it was a period of glory. During this time almost the entire region between Lombardy and Burgundy was brought under the control of Savoyard rulers. The “buffer state” created between France and Italy hindered French expansion for many centuries and helped preserve the independence of Italy. Drawing upon much unpublished material, Professor Cox traces the social and political evolution of the principality. He discusses how the Savoyard state was governed, financed, and defended. He also provides a fascinating biography of the Green Count.