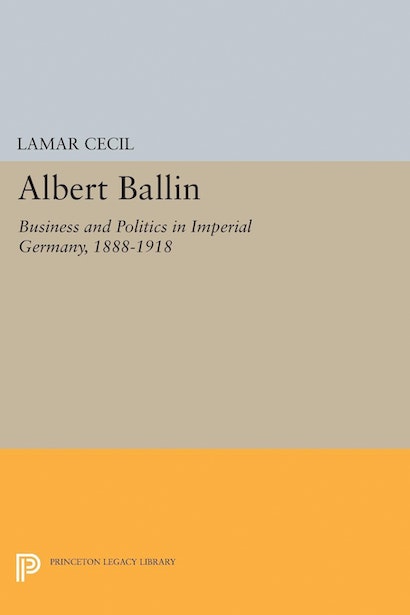 This study of Albert Ballin, a powerful member of the banking and commercial elite in Imperial Germany and manager of the Hamburg-American Line from 1899-1918, illuminates the political and social structure of the aristocracy and the upper middle class in the German Empire.