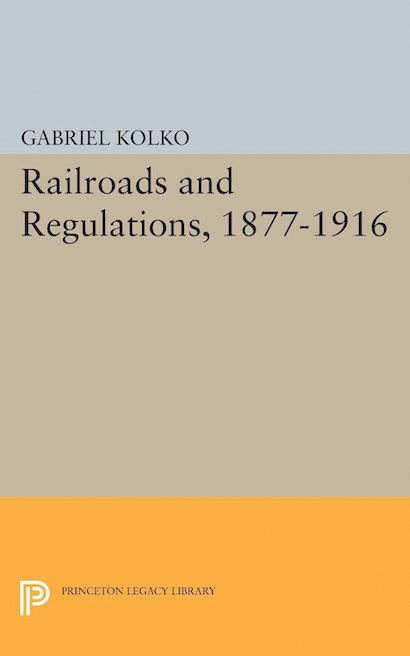 This examination of the relationship of the economy to political process in the United States from 1877 to 1916 shows how the railroad industry encouraged and relied on national politics to solve its economic problems, and created a precedent for government regulation of the economy in the twentieth century. The continuity in governmental regulation from 1877 to 1900, in the Progressive Era, and in the administrations of Roosevelt, Taft, and Wilson are pointed out. The origin of each major federal railroad act and contending forces is analyzed. Federal regulation of the railroads, probably the most important example of federal intervention in the economy from the Civil War to World War I is used as a key in reassessing the motives behind Progressivism.