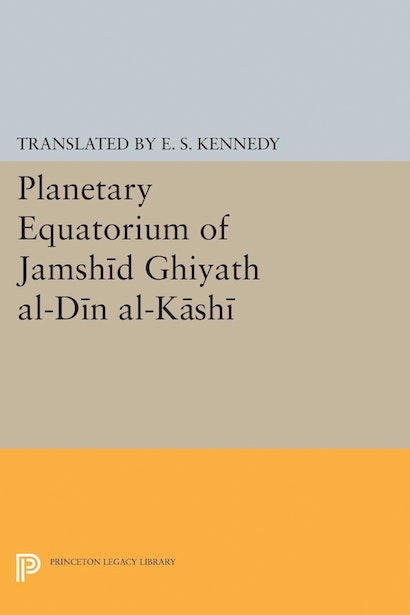 Instruments for solving astronomical problems are part of a continuous tradition reaching far back through the Middle Ages into the Hellenistic world. Dr. Kennedy expands the history of analog computers by providing an account of an important development in Central Asia where, in the Samarqand observatory of the Timurid prince Ulugh Beg, an outstanding mathematician of the fifteenth century invented his unique planetary equatorium. With this mechanico-graphical device, Kashi determined solar, lunar, and planetary true longitudes and predicted eclipses, obtaining magnitude, time, and duration. His was the only equatorium with which the determination of planetary latitudes was attempted. In this sense it represents the apex of development reached by this class of instrument. Dr. Kennedy here presents the text of the Persian manuscript describing Kashi’s instrument together with an English translation and commentaryÃ?