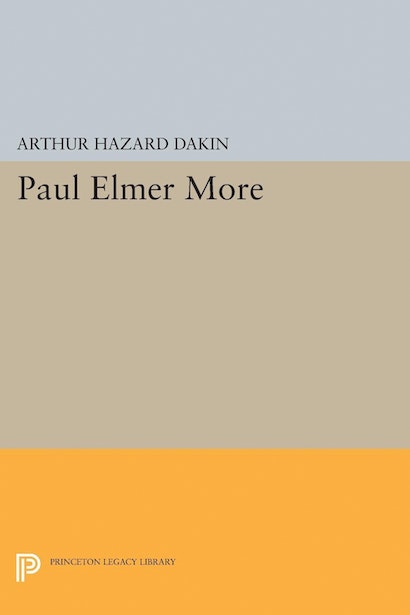 Outstanding literary critic, editor, lecturer and teacher, master of classical and oriental thought, widely respected interpreter of Christian belief, Paul Elmer More lived a full and productive life. Yet this extraordinary account of his inner being, recreated largely from More’s published letters and other writings, shows that his whole life was a poignant quest for a religious philosophy, a quest that produced The Greek Tradition and The Sceptical Approach to Religion. Mr. Dakin’s study of More, combining thorough scholarship with deep understanding, is unlikely to be supplanted as the authoritative biography.