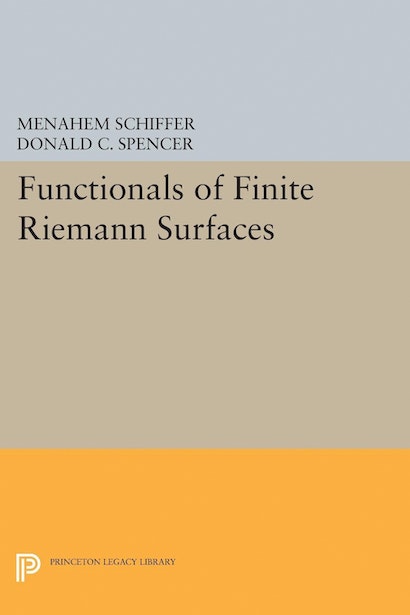 An investigation of finite Riemann surfaces from the point of view of functional analysis, that is, the study of the various Abelian differentials of the surface in their dependence on the surface itself. Many new results are presented.